First of all, thank you Nikki for hosting me on my blog tour and letting me share a snippet of my new release, NOBODY’S BUSINESS!

Symbolism has always been a pivotal part of my stories, and of course butterflies are an important part of each of the Butterfly Memoirs novels, especially when it comes to colors. This snippet follows the female lead in the novel, Kai Malone, as she discovers, with the help of her niece, the significance of a butterfly she saw when her paths crossed with the novels male lead, Trevon Campbell. Enjoy!

I set my Kindle down and studied the picture my niece held up. “It’s a butterfly.”

I smiled. My niece, Christina, was an inquisitive thing. At the age of five, she was all about asking questions. And like most kids, no topic was out of bounds. Thankfully, this question was an innocent one.

I stifled a laugh, wondering where this question was about to lead. There was never a dull moment when babysitting my niece. Kelli had already told me she’d been avoiding the ‘where do babies come from’ question as much as possible. She, of course, told her it was from her tummy, but refused to answer the question of how did it get there. I told my sister she was going to have to answer it someday, like it or not.

“Is momma going to have a butterfly?” Lying on the floor of my apartment with Sugar next to her, Christina closed her book, sat up, then crawled onto the sofa next to me. Her eyes were full of questions.

This was indeed the warm up for something more.

“No, sweetie. Mommy’s not having a butterfly; she’s having a baby. You’re going to have a little brother in a few months.”

“He’s not going to have wings like a butterfly?” Her disappointment appeared genuine.

To that, I really laughed. “No, silly. Human mommies can’t have insects, and a butterfly is an insect.”

Her little nose wrinkled in thought. “How does a mommy butterfly have baby butterflies?”

And there it was…the precursor to asking how her little brother got to be inside her mommy’s tummy. “Good question, let’s find out.”

I set the Kindle down and reached for my iPad, pulled up the internet and searched. Christina was fascinated by the pictures and information we found. Her curiosity satisfied, she asked to watch a movie. I let her select tonight’s kid flick, then popped a bag of popcorn. Having watched Despicable Me plenty of times, I found my thoughts going back to what we learned about butterflies.

The life cycle and symbolic meaning was nothing new. But for some reason today, it resonated with me on a different level.

I settled in on the sofa, kicked my legs up, and did more research. It was amazing what you could find on the internet. Most information, though, had to be taken with a grain of salt, because anybody could post anything on the World Wide Web. There were facts to be found and a grain of truth hidden within the fiction.

One page in particular got my attention.

Someone posted a question regarding the spiritual meanings behind butterflies. I had never thought of a butterfly that way, and wasn’t sure I ever would. Yet one person’s comment made me think.

‘You may have changes going on in your life and are unsure of how things will turn out. Sighting a butterfly over and over again could mean that you will emerge from the situation an unexpected new you.’

Wow. My mind went back to the day of the birthday party.

The moment I got out of my car and walked up the walkway to the front door, a butterfly had crossed my path then landed on the bush next to the front porch. It drew my attention because of its odd color. The body of it was black with matching wings and yellow accents around the edges. I’d never seen anything like it before.

I’d taken a picture of it with my phone, though after my run-ins with Malik and then Trevon at the party and Applebee’s, I forgot about it. Phone in hand, I pulled up the pictures, cycling through until I found what I was looking for. Curious, I searched the web for more information about what could be the promise of something new in my life.

After thirty minutes I found my butterfly; a Black Swallowtail. It was beautiful. I saved the image and sent a copy of it to my cell phone. Once it was downloaded, I set the image as the screen saver. Intrigued by the prospect of seeing a butterfly that stood out among the usual small yellow ones I saw around my house, the florist in me decided to research the meanings of its coloring. Black and yellow.

Instead of using the internet, I got off the sofa and went to the bookshelf in the corner of my living room. It took a few minutes to locate my florist books, given to me by my mother when I was younger, hidden behind my favorite paperback and hardback novels. I wiped off the dust and went to the kitchen to grab a cup of peppermint tea. After filling my mug with water, adding a tea bag, and putting it into the microwave, I flipped to the chapter that discussed the meanings of colors.

According to the information, the color black stood for power, adaptability, mystery, and the promise of things unknown.

Yellow represented joy, happiness, and the promise of a happy future.

“The promise of a happy future…I could really use that right about now.”

Not that I was exactly upset with my life. I had my dream job, a home I was proud of, and family that loved me. Not to mention, I was blessed with good health.

Christina’s laughter brought me out of my thoughts.

Then again, I was home on a Saturday night, babysitting my niece while my sister and her husband went out for a night on the town.

What unknown promise awaited me in my future?

To celebrate the release of the fourth novel in The Butterfly Memoirs series, I am giving away a basket filled with Butterfly Memoirs goodies, including autographed paperback copies of ALL FOUR BOOKS!!!!  All you have to do is follow the month long blog tour and Tweet, Like, and Share!

Trevon Campbell’s world changed the moment his ex-girlfriend announced he was a father. Determined to make up for his past mistakes, he gives Trina what she wanted before their breakup, what feels like his soul, which means forgetting the woman he had a one-night stand with, the woman who stole his heart.

Kai Malone doesn’t want to play by her family’s rules. Instead of working for the family business, she became a firefighter. Being a female of multicultural descent, working in a field dominated by men, Kai focuses on her job to ignore the infidelity of her fiancé. Tired of his deceit, she gave in to a one-night stand with a complete stranger, someone she’d never have to see again…or so she thought.

When tragedy strikes, their worlds collide, leaving them no choice but to deal with each other again. It doesn’t take long for them to realize the attraction that brought them together the first time is stronger than ever, forcing Trevon to make the biggest decision of his life. 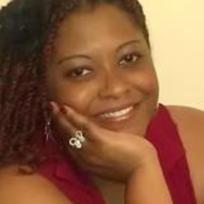 M.J. Kane stumbled into writing. An avid reader, this once stay at home mom never lost the overactive imagination of an only child. As an adult she made up stories, though never shared them, to keep herself entertained. It wasn’t until surviving a traumatic medical incident in 2006 that she found a reason to let the characters inhabiting her imagination free.  Upon the suggestion of her husband, she commandeered his laptop and allowed the characters to take life. It was that, or look over her shoulder for men carrying a purple strait jacket. And the rest, as they say, is history.

No longer a television addict, if M.J. isn’t reading a book by one of her favorite authors, she’s battling with her creative muse to balance writing and being a wife and mother. She resides in the suburbs of Atlanta, Georgia with her high school sweetheart, four wonderful children, and four pit bulls. During the day, MJ is a librarian, in her spare time she is director of a local writer’s group, or online connecting with readers and other authors. Other activities she enjoys include: creating custom floral arrangements, assisting her children in their creative pursuits of music and art, and supporting her husband’s music production business, 3D Sounds. 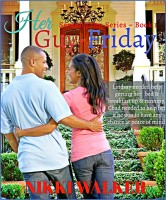 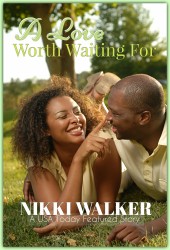 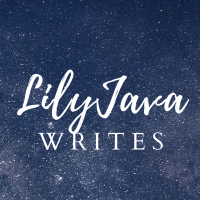 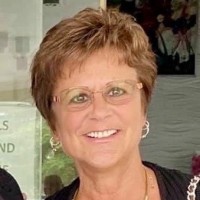 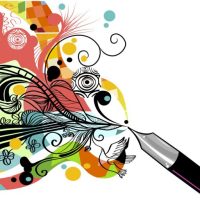 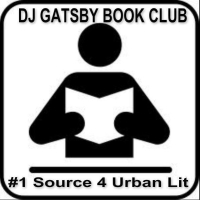